Noosa’s famous bay and beach are well known for a host of characters that seem unchanged year after year. From its famous surf break peeling back to the point, to its long lunches, there’s an instant recognisability in Noosa style that has barely changed since the heady 1980s.

A host of actors regularly appearing on the Noosa stage make both long murals, from the overlooking balcony with the sun-hatted, sophisticated socialite sipping white wine to the famous boardwalk and a lazy seafood lunch under green canopy of Frangipani and Pandanus trees. There’s a soaring black cockatoo, white umbrellas, and stand up paddleboarders. And for those that really know Noosa, there’s an injoke – a swimmer crossing the bay (there’s always one out there!). 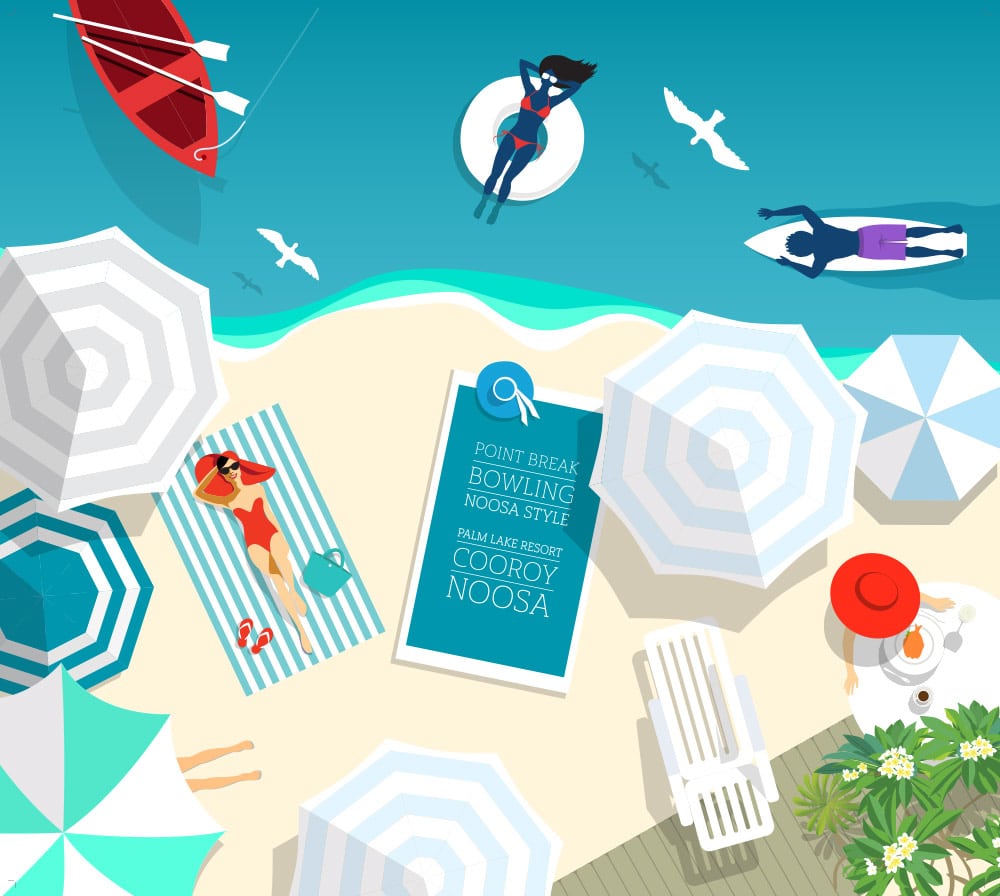 What could we do for you?

A brand so Noosa you can almost feel the linen resort wear and Panama hats.

A mural for an Aussie surfin’ safari. Cooroy-Noosa Resort is hanging ten.